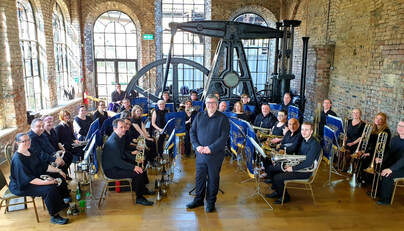 Duncan Wilson hails from East Anglia and started playing trombone and euphonium at an early age, tutored by his father. Having earned a place in the Guildhall School of Music and Drama, he graduated with honours in 1997. A trombone position with the newly formed Mahler Chamber Orchestra presented itself and Duncan was lucky to work all over Europe and Japan for a number of years before settling down to concentrate on UK orchestral work. Since 2002, he has worked on a freelance basis with every UK orchestra and is regular guest principal trombone with the BBC Symphony Orchestra and Scottish Chamber Orchestra. Other regular engagements include London Symphony Orchestra, London Philharmonic, Royal Scottish National Orchestra and BBC Philharmonic. To date, Duncan has performed in the BBC Last Night of the Proms on seven occasions.

Keeping firm with his brass band roots, Duncan was solo trombone with the G.U.S. Band for three years and was a regular guest player with Grimethorpe Colliery Band. In 2010 he was delighted to be invited to conduct Kidlington Concert Brass, reluctantly relinquishing the position due to work commitments in 2019. After a change of circumstances, Duncan was asked to return as music director in 2020.

As a composer/arranger, Duncan has had a number of pieces published and played by groups worldwide. These are published by Brookwright Music, Pennine, De Haske, Superbrass and Bones Apart Publishing.